Former media buyer Rick Webb explains to web publishers why ad fraud is a leak in your end of the boat, and so not his problem.

Webb's method for dealing with ad fraud is:

The bottom feeding strategy solves Webb's side of the problem in the short term. Instead of trying to capture the dubious value of data-driven thought leader insights and all that jive, buy many crap impressions to extract tiny amounts of signaling value, like scraping milligrams of gold from a mountain of e-waste.

I checked in with ad strategist Eaon Pritchard about how well this actually works. He compared questionable banner ads to cheap, remnant late-night TV inventory, which is no bargain considering the small audience size. Big media (ie high rating sites and TV) with less frequency is always the best option in terms of quality/signal and reach, but that sounds terribly old-fashioned these days.

Advertising always has two jobs: selling stuff to people and selling itself to the client. Bottom feeding comes in when the client wants to be on the Internet, and effective but out-of-style offline media are out of consideration. So the agency uses low-quality web ads as a less-effective alternative to radio or TV.

Shifting the pain of ad fraud

Although Webb only covers one point of view about one strategy, he does help us understand why advertisers have been so meh about the ad fraud problem. While Bob Hoffman points out that If your company is spending money on online advertising, you are almost certainly being robbed, and the IAB convenes expensive-sounding committees, nobody is making much progress. Instead, a halfway solution is emerging: shift the costs of fraud away from advertisers and onto users, copyright holders, and publishers. 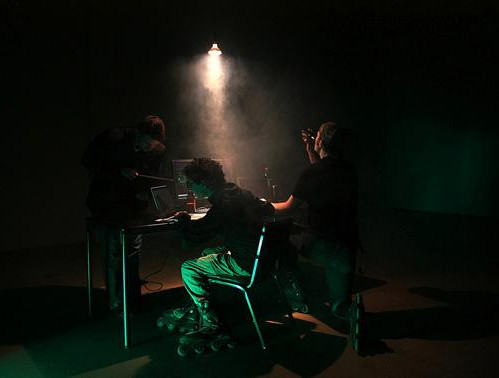 The fraud issue is helping to form a more realistic view of the role of third-party tracking and ad targeting on the web. Proponents of tracking often promise AI-driven highly effective attributable touch points—but in practice, much of what third-party tracking and targeting enables is less heroic. Track a known good user from a high-reputation site, and serve that user cheap impressions on low-reputation sites or through malware.

If advertisers won't fight fraud, who will?

The response to the bottom feeding strategy, for publishers, is to get the audience out of the pool of commoditized eyeballs where fraud can reach them. One approach is, well, if you're being raided by Vikings, pick the baddest Viking and make him your king. Emily Bell explains that one. Facebook has an incentive to protect its own locked-down platform from fraud, so Facebook is extremely good at monetising mobile audiences in a way that publishers simply are not.

The other logical move for publishers is to work with tracking protection. Inform, nudge, and reward users to turn on some of the great new web functionality that blocks fraud-prone third-party ads without interfering with higher-value ads. A tracking protection strategy does not require giving up on Facebook or on conventional ad networks, but can work in parallel with them.

In a way, bottom feeder advertisers are doing publishers a favor, by spreading information about the state of the market. Brand-unsafe placements and ad-supported piracy can help everyone get a better idea of where the fraud-tolerant ad money is going, and how to cut it off. Sites that are crappy enough not to get regular users, but just clean enough not to get taken down, will be the first place to look.

With a little more effort, the other place to look is within demand side platforms. Tracking protection, including publisher tracking protection strategy, affects the price of marginal banners— the ones just barely possibly non-fraudulent enough to be saleable. More on that coming soon.

Tracking protection gives legit advertisers the power to turn the web into a more valuable ad medium. And advertisers who balance on the ethical line give us a way to measure our progress. So I have to thank Webb and the rest of the bottom feeders, but now the rest of us have some work to do.